Whether or not your California DUI will ultimately lead to deportation depends on several key questions. 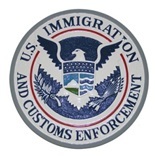 Our Los Angeles DUI Lawyers report that the good news is "standard" California DUI offenses (not involving injury to person or property) typically do not lead to deportation. However, we also point out the question has several aspects that need to be addressed in each individual case.

The first concerns immigration status, i.e. whether someone is "legal" or "illegal"/"undocumented." "Standard" California DUI offenses will not cause someone with legal residency to face revocation of that status and thereby face deportation. On the other hand, a "standard offense" could cause a person without legal status to face deportation if U.S. Immigration and Custom Enforcement (ICE) places a hold on that individual while he or she is under arrest. For first offenses, this typically does not happen, however.

The second concerns the kind of California DUI offense that is charged. Per the above, "standard" offenses do not typically trigger immigration consequences. When the offenses become more serious, though, immigration consequences could result. That is to say, a charge of California felony DUI could become a hindrance to obtaining or keeping legal residency status, as well as a trigger for an ICE hold while the undocumented suspect is under arrest. The same is also true if there are multiple California DUI offenses in an immigrant's history.

Our Los Angeles DUI Lawyers emphasize that the relationship between 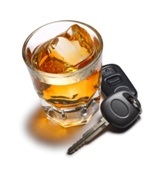 California DUI, Immigration Status, and Deportation calls for an individual analysis of each case so that the impact of a particular California DUI charge on someone's ability to remain in the country can be assessed based on the factors above. Because time is always of the essence in immigration cases, we urge you to consult with an attorney as soon as possible.