The most serious DUI charge anyone can face.

California DUI murder cases concern situations where a defendant with a previous DUI conviction is accused of causing another person's death of while driving drunk on later occasion. Our Los Angeles DUI Lawyers point out that it is the most serious California DUI offense you can be charged with and threatens defendants with 15 years to life in state prison.

This means that a prosecutor may use your prior DUI conviction(s) as proof that you knew DUI driving was dangerous to others but consciously disregarded that danger by driving DUI again and causing a fatal accident. A prior DUI conviction can often serve as this proof because the consequences of conviction almost always involve some form of alcohol education class that teaches about the dangers of DUI driving. That's certainly the case in California. 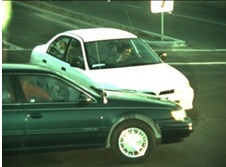 California goes one step further, though. Here, judges specifically require people convicted of DUI to acknowledge that they understand DUI driving is dangerous and if they cause the death of another person when driving DUI in the future they may be charged with murder. Also known as a "Watson Advisement," the acknowledgement goes into the court record where a prosecutor will go looking for it in future to build a California DUI murder case.

But just because someone has a prior DUI and becomes involved in a fatal accident after drinking alcohol in the future does not automatically mean he or she is a murderer. There are several avenues of defense that an attorney should vigorously pursue on behalf of a California DUI murder case defendant. They include challenging the present DUI, the prior DUI, the defendant's fault for the accident, and the allegation he or she acted with conscious disregard for others' safety.

An attorney who coordinates a defense investigation that includes toxicology and accident reconstruction experts can often demonstrate how a murder charge is inappropriate before the case even gets to court.

Our Los Angles DUI Lawyers stress that this charge is usually brought only in the most extreme circumstances. Usually, the defendant has multiple priors, exhibited a highly reckless level of driving, and a high level of intoxication. Still, even in those cases, a defense can and should be mounted on his or her behalf. People facing this charge and those who care about them should consult with an experienced attorney as quickly as possible.