Being arrested for DUI of methamphetamine is a frightening experience... but that's even more reason to get a legal consultation. 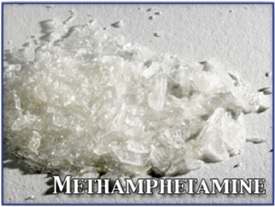 As with alcohol, California Vehicle Code section 23152(a) outlaws driving under the influence of drugs or medication, imposing penalties that are mostly similar alcohol-based DUI. Known as California DUI of Drugs or Medication, this means some drug or medication (legal or illegal) has so impaired a person's capacity that he cannot drive with the ability or caution of a reasonable sober person.

Methamphetamine is a common basis for this charge for two reasons. First, an emerging population of regular users of illicit methamphetamine continues to expand. Although limited forms are legally prescribed by doctors, "meth" is now more commonly obtained and used as an illegal drug known as "ice," "crystal," "tina," "crank," and other nicknames.

Second, methamphetamine intensifies, stimulates, and accelerates brain functions to abnormal degrees that reduce the ability to drive safely. Drivers who take meth can experience extreme agitation, paranoia, and/or aggression and respond to everyday traffic with dangerously erratic maneuvers that cause otherwise avoidable accidents.

Our Los Angeles DUI Lawyers understand the shock and fear a DUI of meth charge can cause. We've seen how being arrested for DUI while in illegal possession of methamphetamine causes people to doubt the possibilities a defense may hold. But people should not allow these responses to dictate how they respond to the situation. Often, cases that feel impossible to clients still present us with significant opportunities for defense.

For example, demonstrating an officer stopped a driver without adequate legal justification will lead a judge to throw out any evidence related to a subsequent DUI arrest, regardless of the fact that meth is a controlled substance. And even if the results of a chemical DUI blood test come back positive for methamphetamine, that's not conclusive proof a driver was "under the influence." Patrol car videos and even police reports can demonstrate that a person with a detectable level of meth in her system was legally able to operate a car. 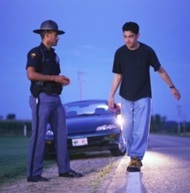 People should not allow the fact that they were arrested for DUI of methamphetamine to crush their hope or belief in a successful defense. At a minimum, they should consult with a Los Angeles DUI Lawyer to understand the possibilities that exist for challenging and defeating California DUI of drugs or medication charges arising from methamphetamine.