Police charge people with DUI automatically when finding Ecstasy in their cars or clothing... but that doesn't mean the charge can't be beaten. 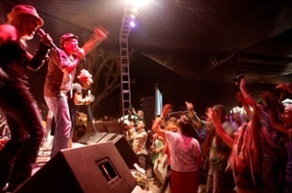 As with alcohol, California Vehicle Code section 23152(a) outlaws driving under the influence of drugs or medication, imposing penalties that are mostly similar alcoholic DUI. Known as California DUI of Drugs or Medication, this means drugs and/or medication have so impaired a person's capacity that he cannot drive with the ability or caution of a reasonable sober person.

Ecstasy has particular driving-related side-effects, including altered time perception, heightened risk taking, visual hallucination, and increased sensitivity to light and sound. These and other side-effects can certainly impair a driver's ability to safely operate an automobile.

State and federal efforts to crackdown on growing Ecstasy sales and consumption have led law enforcement officers to issue California DUI of ecstasy charges almost automatically when they find it in a driver's car or clothing.

Our Los Angeles DUI Lawyers point out that many of these situations produce weak DUI allegations because mere possession of Ecstasy does not prove a driver was legally "under the influence." Often, even a chemical DUI blood test that comes back positive for Ecstasy will fail to prove impairment because only minimal or moderate amounts are detected in the driver's system.

What's lacking in these cases is evidence of specific external, physical signs of intoxication rendering the defendant unfit to drive, such as non-responsiveness and incoherent communication. Possession and blood tests cannot prove impairment on their own and, at a minimum, are subject to challenge. Thus, officers and prosecutors often press California DUI of Ecstasy charges that are subject to challenge. 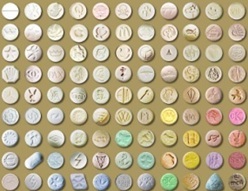 People facing DUI of Ecstasy are understandably rattled and scared. Sometimes, however, these understandable feelings lead them to premature conclusions that their cases can't be defended. They should not allow this to happen. Our Los Angeles DUI Lawyers are intimately familiar with defense strategies that simply aren't apparent to understandably rattled and scared defendants. People should at least consult with an attorney before making the important and permanent decision of how to respond to the charge.