How long does a DUI conviction stay on my criminal record? Can I ever get it removed from my record? 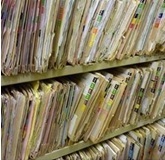 Yes, being convicted of California DUI creates a criminal record.

Regarding removal, our Los Angeles DUI Lawyers point out that a California DUI conviction can never be absolutely "cleared" or "removed" from one's criminal record. Anyone who does a criminal records background check is likely to see that the DUI conviction took place. This remains the case even years or decades after the fact. But two forms of relief are available:

The first thing to understand is that a DUI (or wet reckless) conviction is "priorable." This means that if you get another DUI, it will be considered a second offense. The penalties and punishment for second, third or fourth DUI offenses get exponentially greater. A second offense California DUI, for example, carries a two-year license suspension. A third time California DUI carries a three-year license suspension and a minimum 120 days jail.

But a DUI automatically loses its priorability—or is "washed out"—after 10 years. For example, suppose someone has prior DUI convictions in 1996 and 1999. In 2007, he picks up a third DUI. Because more than 10 years have elapsed since the 1996 DUI, it can no longer be used against him as a "DUI prior." So his new offense can only be treated as a second time DUI, not a third time DUI.

You can expunge your DUI record. A DUI expungement is available after you've successfully completed probation and served out the probationary period (but any probation violation can preclude you from later getting a DUI expungement). It usually takes three to five years from the date of the DUI conviction before one completes DUI probation (and thus becomes eligible for an expungement).

A DUI expungement allows you to (1) withdraw your plea of guilty or no contest, (2) re-enter your plea of not guilty, and (3) have the case dismissed. The fact of the DUI conviction will probably still show up on a background check. But by law, prospective employers are not allowed to hold the DUI against you once the DUI is expunged. Also, following the DUI expungement, you can legally say "no" on a job application to the question: "Have you ever been convicted of a crime" (at least so far as the expunged DUI is concerned).

While the DUI expungement can be valuable with regard to a job application, it's of less value when applying for state licenses. If you apply for (or apply to renew) a state license such as a contractors license, a real estate license or a nursing license, you must disclose any DUI conviction (even if it has been expunged). And state licensing boards, unlike employers, may use an expunged DUI conviction against the applicant.

Our Los Angeles DUI Lawyers often consult those facing California DUI criminal record issues, whether to facilitate an expungement or represent someone before a professional licensing body.