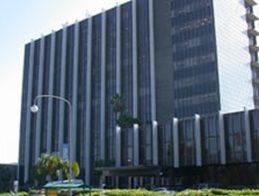 Central Justice Center is located at:

The first court appearance following a DUI arrest is called an arraignment. This appearance presents you with your first opportunity to plead "guilty," "not guilty," or "nolo contendere" (no contest) to any criminal charge.

Note that misdemeanor DUI charges do not require you to appear in person if you have retained an attorney. Our Los Angeles DUI Lawyers provide this service regularly.