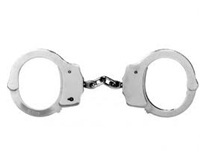 "Bail" is the amount of money you must surrender to the court in order to be released from jail. Having you put your money at risk is the court's way of ensuring that you will attend your future court appearances.

Bail amounts and practices can vary from court to court and from county to county.  Where bail is required, it is almost always assigned according to the "schedule" of the California county in which you are arrested.

Bail for a "standard" DUI (not involving injury to persons or property) commonly ranges from $5,000 to $10,000. These amounts may go up, however, if a more serious DUI crime -- e.g., California DUI causing injury or gross vehicular manslaughter -- is alleged.

That said, most people arrested for a standard 1st offense DUI charge will get released by the police without having to post bail. However, it usually takes a few hours (and sometimes as long as 24 hours) for the arrestee to get "processed out" and released.

If the police do not release the arrestee, then they must bring him/her to court and before a judge within 2 days of being arrested (not including weekends and court holidays).

The judge may keep or adjust the bail amount. But many times in a DUI case, the judge will grant an "OR release." This means releasing the inmate without making him post bail so long as he promises to return to court for future proceedings.

Judges are more likely to grant an OR release where the person (1) has substantial ties to the community, (2) has no history of failing to appear for court matters, and (3) the circumstances of the DUI event are not too serious.

Anyone can post bail for you in a DUI case.  However, if you don't have someone to post your bail, a "bail bondsman" (also called a "bail agent") will do so in exchange for a non-refundable fee (or "premium").  By law, in California, bail bondsmen fees can be no more than 10% of your bail amount.